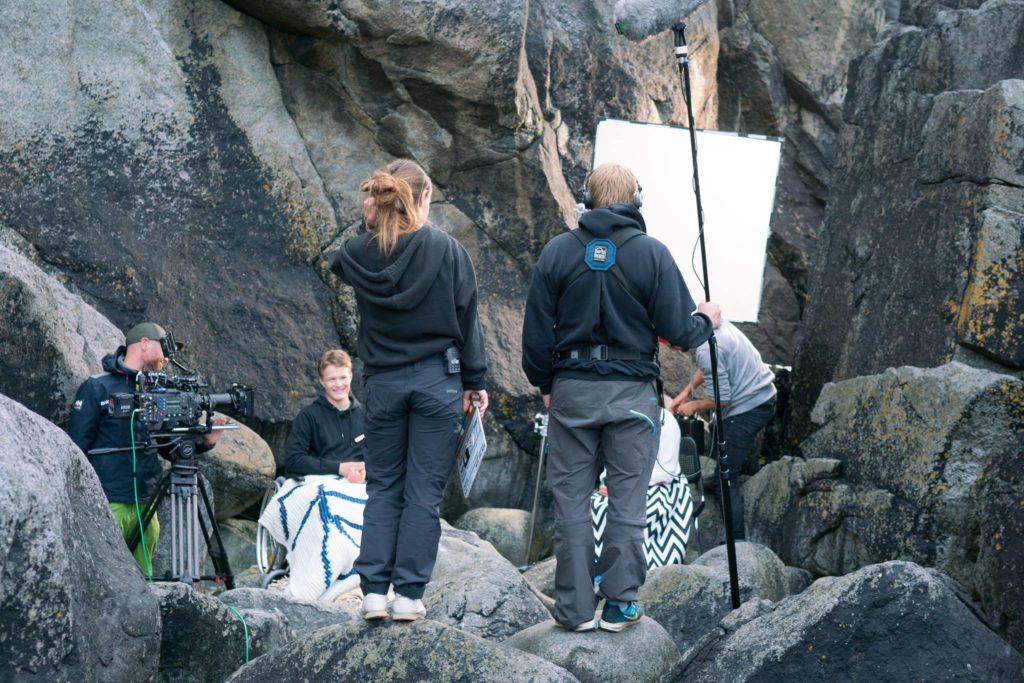 Like the tide, LIAF 2019 ebbs and flows through an extended year in four small communities across the entire Lofoten archipelago. In Digermulen, Skrova, Valberg and Ramberg, artist residencies foster conversations, exploration, introspection and collaboration in the intertidal zone. One of the first residency periods is in Valberg, where Trygve Luktvasslimo spends his first installment from October-18.

About the artist:
Trygve Luktvasslimo is an artist and filmmaker based in Lofoten since 2016. The last few years he has been exploring human communication and search for meaning in a language where the absurd unfolds within cinematic and theatrical conventions. A central element in his work, is the way he plays with these conventions to point at how we are being seduced by different messages and truths in contemporary media society. With his visually striking films, he grapples with existential questions, while mixing the sombre with parody.
Luktvasslimo holds an MFA in Visual Art from Malmö Art Academy (2006). He udertakes a residency in his own home in Valberg, Lofoten for five months in autumn 2018 and in spring 2019.

Here is an excerpt from our invitation:
“Welcome to an artist presentation with Trygve Luktvasslimo Thursday 22 November at 18:00 in Valbergstua, Valberg, Lofoten. Luktvasslimo is one of the artists invited to take part in LIAF 2019’s ongoing artist-in-residence program. Come and get to know him and his work, watch his films and hear about LIAF 2019. We offer coffee, tea and waffles. Free and open to all!”