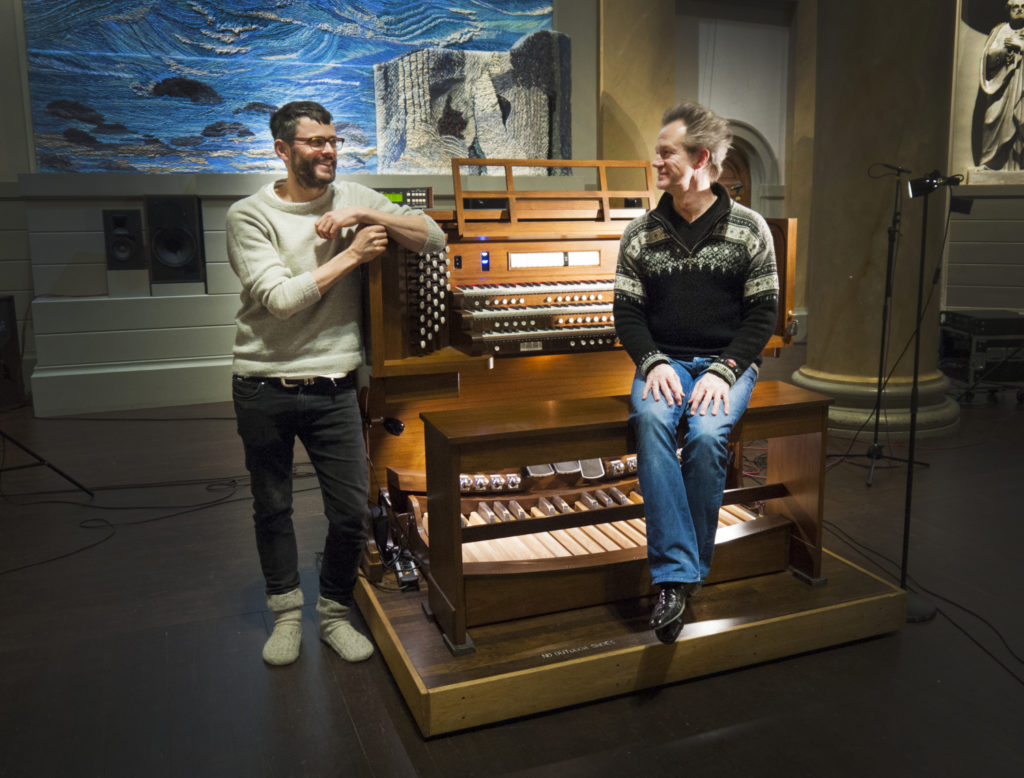 Artist Trygve Luktvasslimo is just back from recording sessions in Stockholm.
Improvisations with the Concert organist Gunnar Idenstam were recorded in the church Skeppsholmskyrkan by Hans Kipfer from Take5 Music Production. This will become the score to Trygve’s film Shallow Water Blackout (working title), shot in Valberg during his residency period and presented at LIAF in September.

Gunnar Idenstam is known throughout the world for his virtuouso playing, stunning improvisations and untraditional take on organ music. While coming from a classical background, he has what he calls a “distance love relationship” with symphonic rock and folk from the 70’s. These influences are highly present in his work, and he bridges seemingly opposing genres, transcending their limitations and expanding his audience’s appreciation of the organ. He is the first – and to date, the only – organist from northern Europe to win the ‘Grand Prix de Chartres’, the prestigious international competition in improvisation. In 2012 he was awarded the prize of “Interpreter of the year” by the Royal Academy of Music. The Prize was presented to him by His Majesty King Carl XVI Gustav of Sweden. The year after he received a royal medal for recognition of eminent skills in the artistic field. Plus, his collaborations include the king of Swedish pop, ABBA-legend Benny Andersson! While waiting to hear what he has composed for Trygve, here is a little something from the Benny Andersson collaboration!

You know, this means that Trygve is only one hug removed from having hugged ABBA …