Anteckningar i rymd (Notes on space) is a series of drawings that have arisen from daily seances where language is set in parentheses. The series can be understood as a kind of analogy to experiments that have taken place in parapsychology since the 1950s: outer expression is reduced so that something else can come forward. What emerges is an obscure, concealed ecology in the form of psychic floor plans from a bodily state that can be compared with meditation. The eye has turned back toward itself.

More specifically Damla has adopted a starting point in C.G.Jung’s concept of “individuation”. Jung argues that individuation is a constant psychological process which is characteristic of the formation of “the self” and involved in the development of the body’s own image production. This production of images occurs primarily in the dream and what Jung calls “synchronicities”. Both of these phenomena break with a linear understanding of the relation between the body and the rest of the world; the body and the world around are more readily a part of the same unity, rather than two separate entities. The result becomes a production of meaning that avoids a causational model, and which is in many ways closer to lived experience than the logic that marks the society in which we currently live.

In Psykografier, silent animations probe the space and appear as printouts from exploratory mental moods. Damla’s projections consist of digitally reworked images retrieved from contemporary collective memory archives: cyberspace. The abstracted figures resembling hieroglyphic characters generate associations with the transcendental, with mathematical forms such as Möbius strips or vesica piscis, and with fable animals such as the Phoenix. Historically, psychography as a spiritualistic tool has been reincarnated in various forms. They appear with the aid of a medium in trance states and function as transcriptions of the connection between the material world and parallel spheres. In more recent times psychography has been known as automatic writing or automatism via the surrealist movement, which used it to make contact with the unconscious. In Damla’s psychographs the space and the projected figures work together to create a semiotic landscape in the process of alteration: a landscape that can be read where language leaves off. This parallel narration does not illuminate what the space has been, or will become, but instead reveals the material properties of the real basis of the space, its body, and alphabet.

Damla Kilickiran (b.1991) is an artist working in Oslo, Norway. 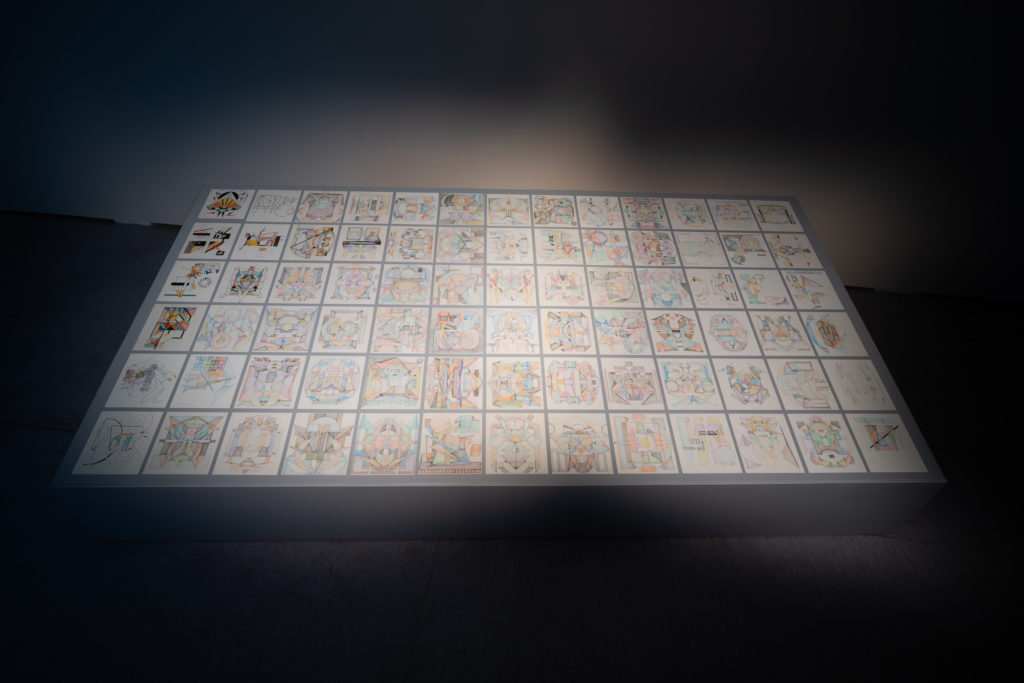 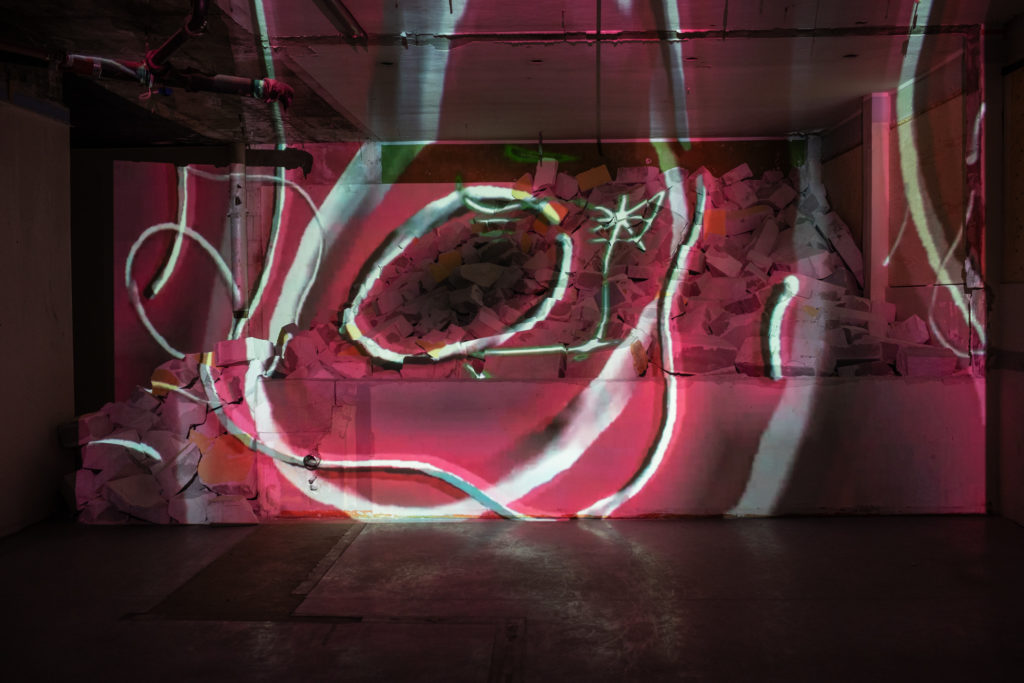 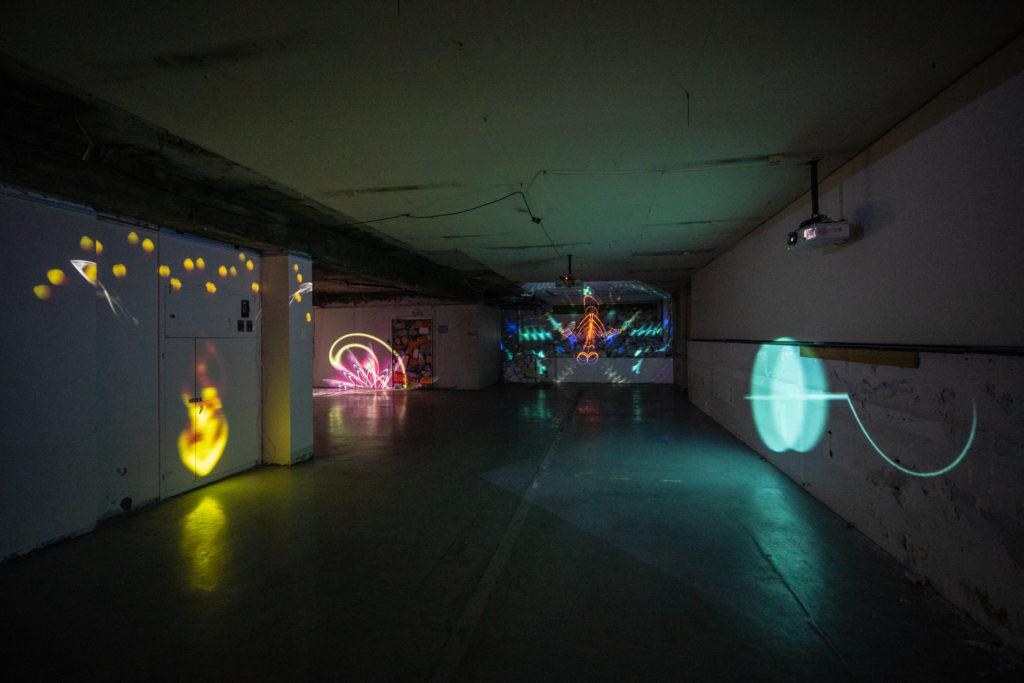 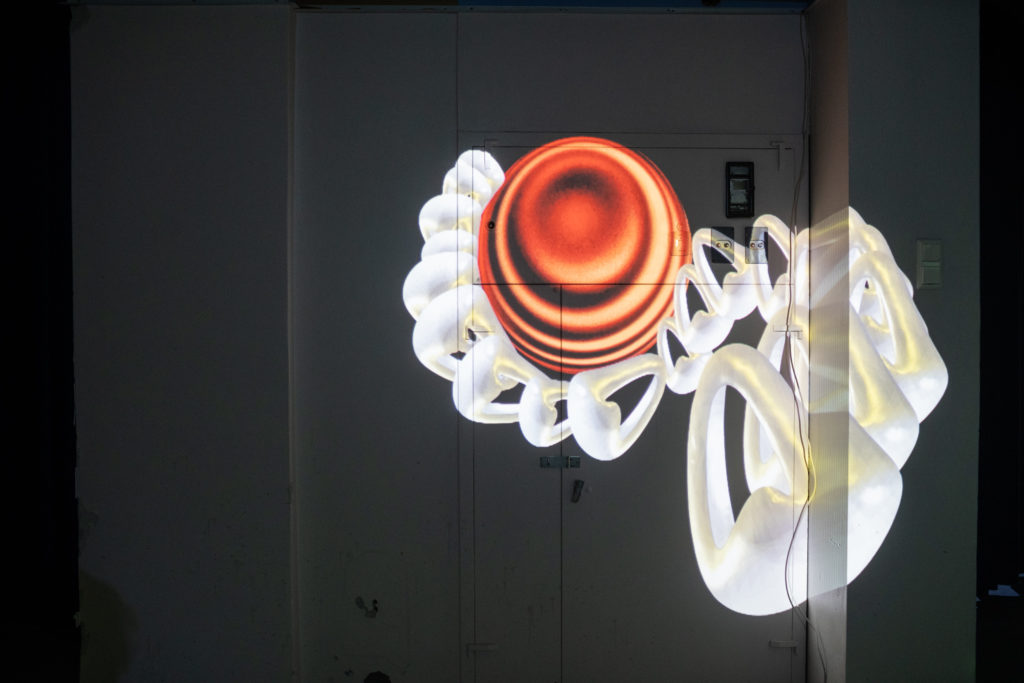