Shallow Water Blackout is a featurette that tells the story of a group of cruise passengers, some kayak tourists, and a pair of foreign workers in the fishing industry. The various characters are representations of different sides of the climate debate; you will find the climate change denier, the bio-liberal, the climate dystopian, the environmental activist, and the eco-tourist, each one with a personal selection of facts filtered through their own world views. Central figures in the story are the children, Amelia and Steven, who foment mutiny aboard the luxury-apartment ship, “The World”. They are motivated by the recognition that radical change must happen if the world is to be saved.

As an allegory and a satire, the film problematises how human psychology and the search for identity figures into the way in which we position ourselves within this urgent contemporary debate, casting an ironic glance at the faith held in new products as a way to solve the challenges related to climate change. Trygve Luktvasslimo’s stylised cinematic language, where the dialogue seems more a matter of rehearsed monologue appropriated from various role models – rather than that of independent observations from the characters themselves – helps to emphasise the difficulty we all have in allowing ourselves to alter our ideas of right and wrong.

The English title Shallow Water Blackout is a term used in freediving (also called breath-hold diving, or skin diving). It denotes a situation in which the diver loses consciousness just under the water’s surface. A metaphorical portrait of contemporary circumstances, the film conveys how, as divers attempt to hold their breath longer, they are actually in the process of drowning.

Ice without Water is a woven textile composed of synthetic materials like polyester, gore-tex, polar fleece, nylon, and neoprene. They are all artificial membranes employed for protection against, or use within harsh natural environments. Here we see remains of survival suits, all-weather jackets, diving gear, parachutes, military clothing, hunting equipment: attire and paraphernalia for challenging climatic circumstances.

Ice without Water was made in connection with Trygve’s 2011 participation in PolArt, a project under the auspices of Tromsø Center for Contemporary Art (Tromsø kunstforening) in cooperation with the Arctos research network and Troms county authority. Artists took part in research expeditions in the Arctic Ocean as well as residency initiatives in Tromsø.

Trygve Luktvasslimo (b.1978) is an artist based in Valberg, Lofoten, Norway. 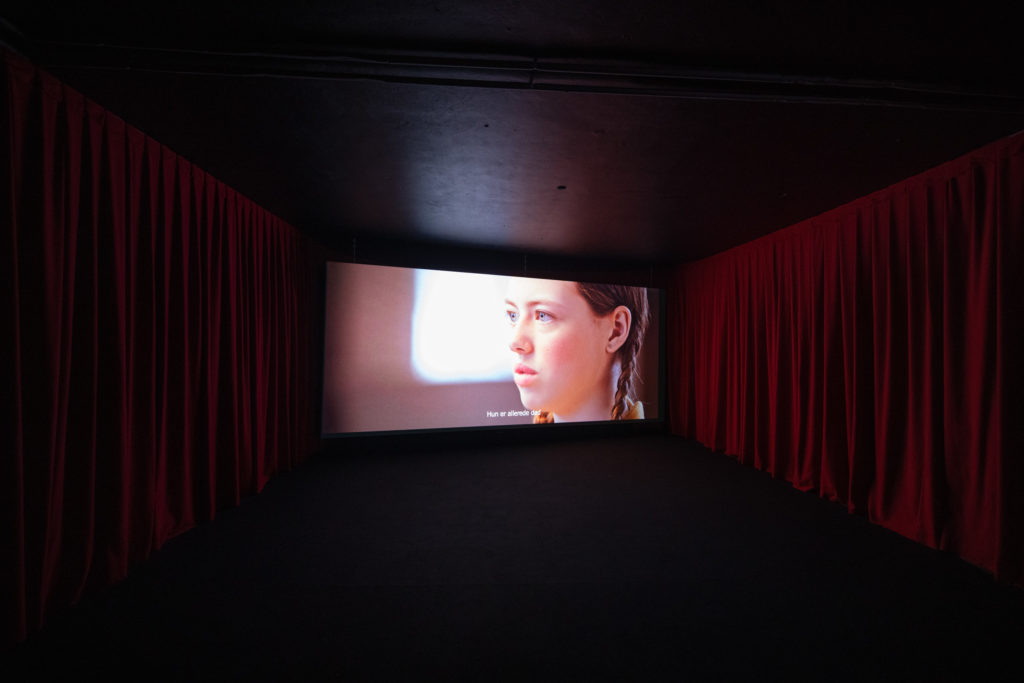 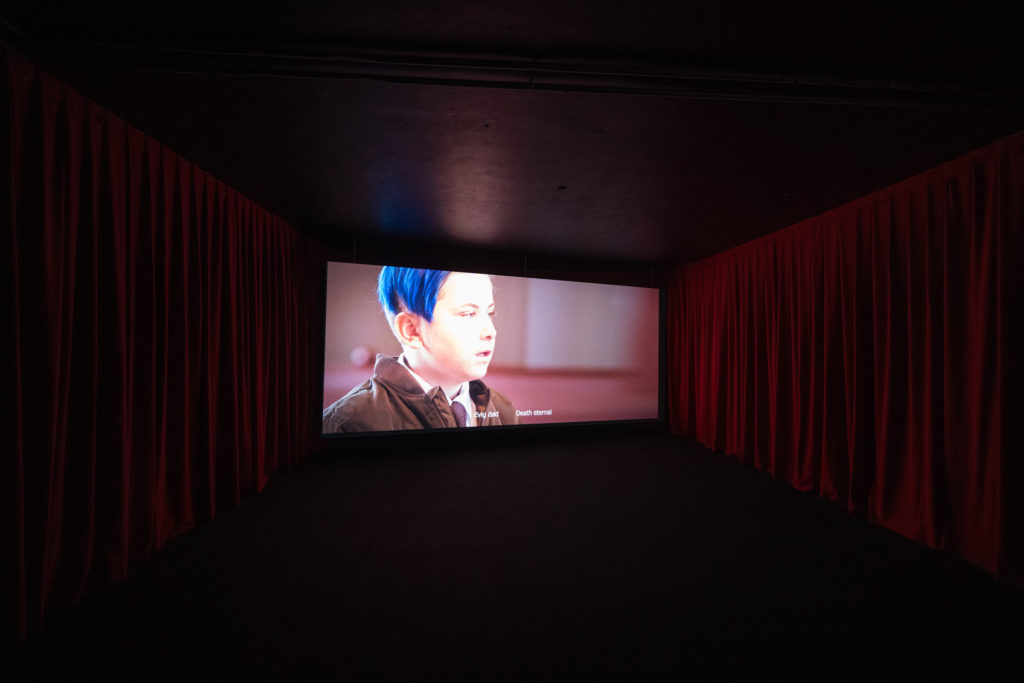 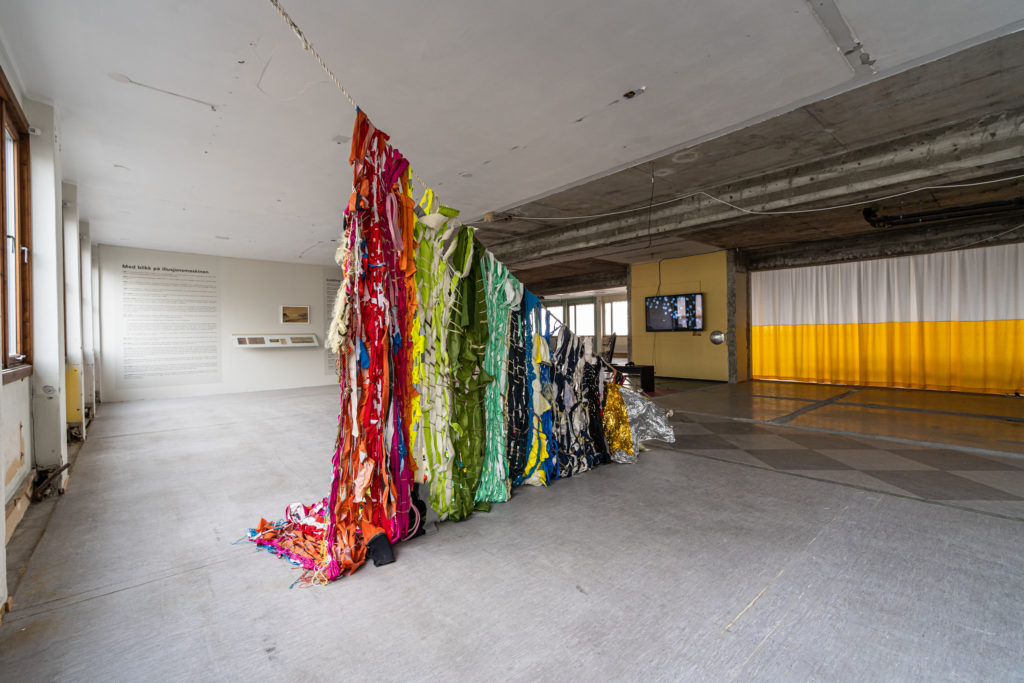 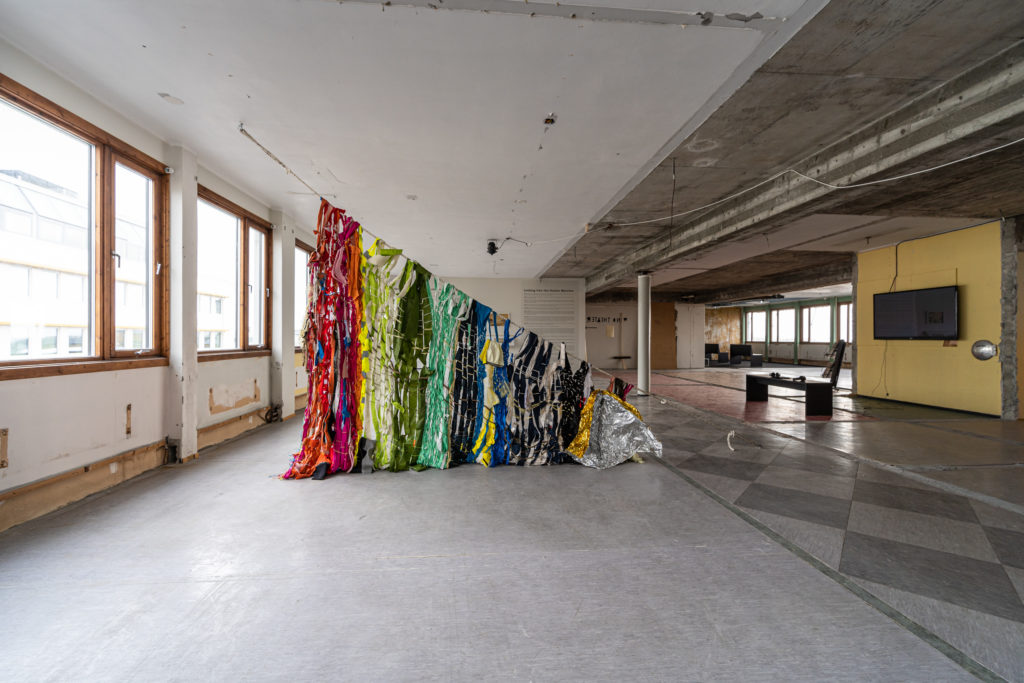