An architectural intervention in the littoral zone by the artist duo Devil’s Apron aims to ask the question: can we facilitate an intimate meeting between life within shallow water and us humans?
Inspired by the collaborative effort of yeast and brewers in the development of yeast logs*, Devil’s Apron present a speculative attempt to create a sculptural home for the inhabitants of the tidal belt. The artist duo, who work with seaweed as a raw material for brewing, have observed how macroalgae are gaining attention as a source of food and fuel in emerging industries. They want to take a step back and get to know the algae.

At low tide on Saturday 31st of August, a sculptural garden arose through a performance in the intertidal zone outside the Former Lofotposten Building.

Part II of Intertidal Shelter was unfold during The Kelp Congress between the 20th and 22nd of September.

*Wooden structures for conserving yeast between brewing sessions. Developed long before the scientific knowledge of microorganisms.

Devil’s Apron (b.2016) are an artist duo consisting of Kåre Grundvåg and Trond Ansten, both based in Tromsø, Norway. 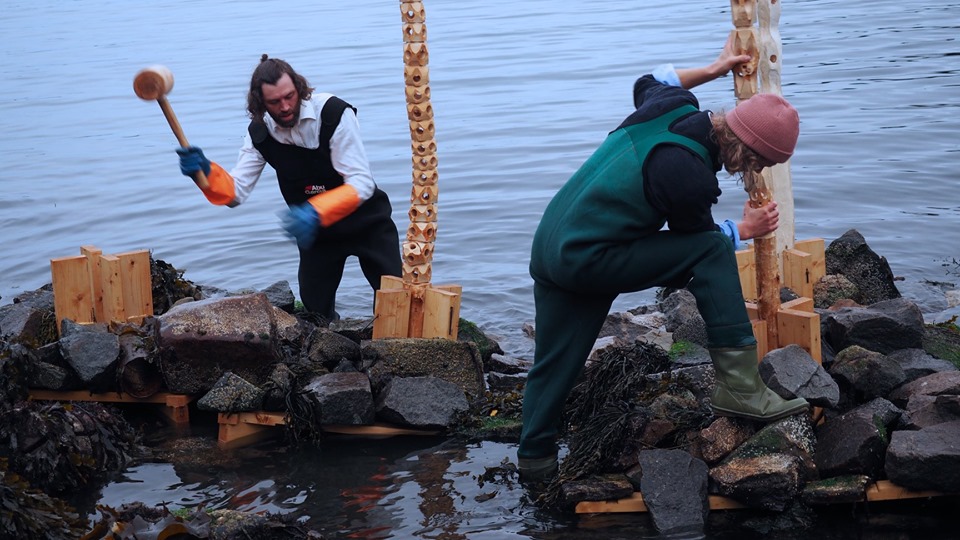 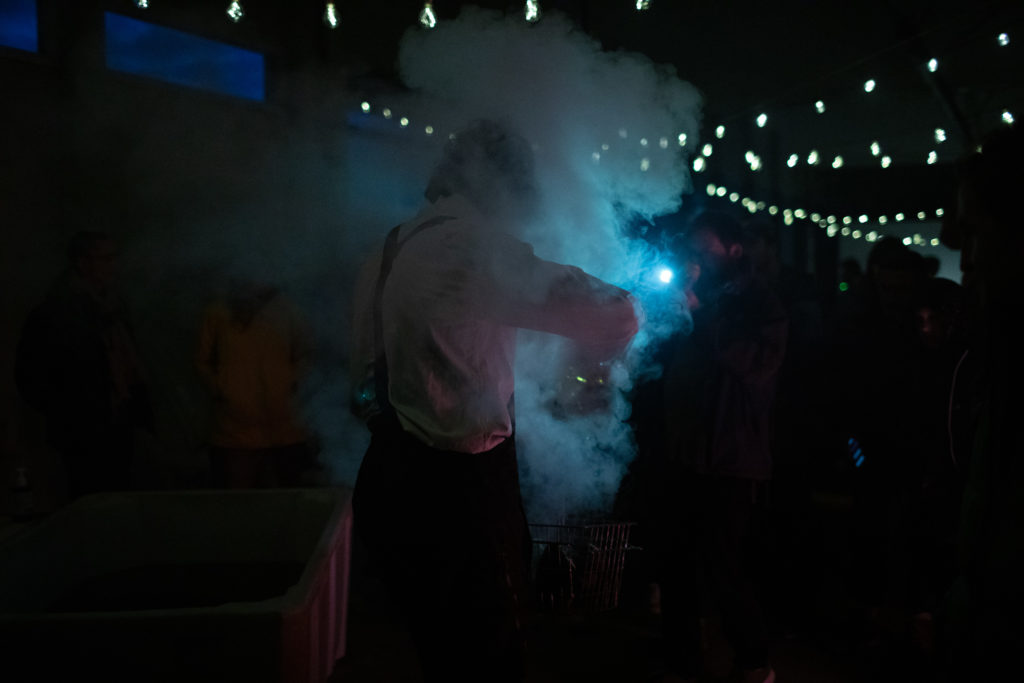