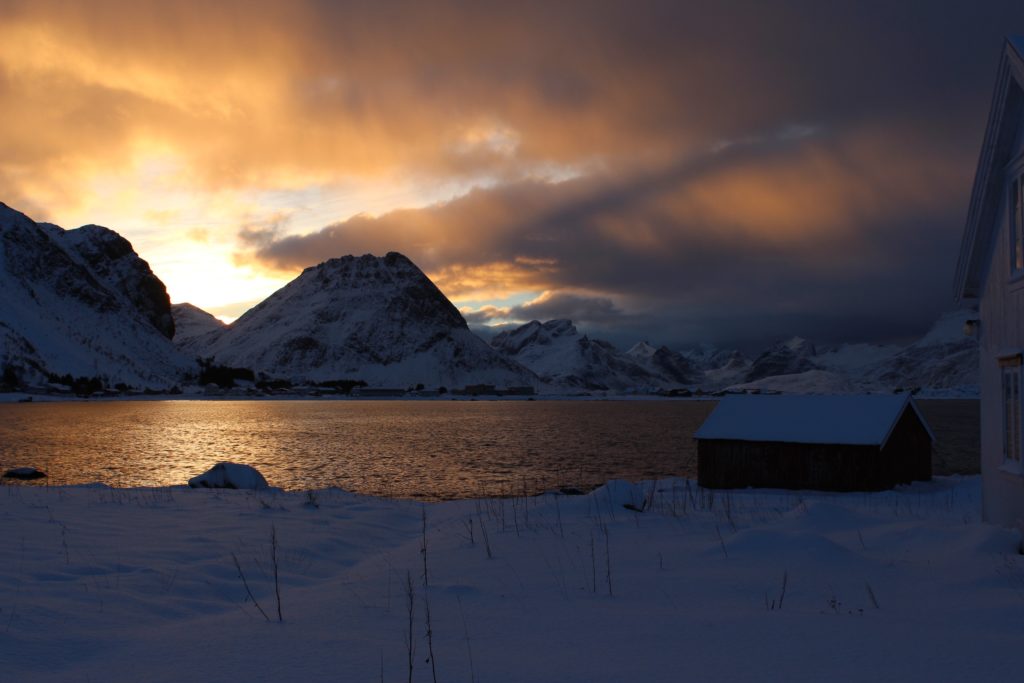 A fishing village on the island of Flakstad, in the western part of Lofoten. The village has about 300 inhabitants, and is located on the north west side of the island – locally called “the outside” – facing the open ocean, and it is next to a long sandy beach. The Ramberg beach is famous for its spectacular location, open to the Atlantic and the midnight sun. The main road og Lofoten, E10 runs through Ramberg. The central industries are fishery, tourism and farming.

First residency period March through May 2019.

How can the tidal make sense as a figure of long term thinking? And what would constitute the tidal sense in itself? To understand the tide as a sense closely related to chronoception but still as a tangible phenonoma, is what artist Signe Lidén will explore during the residency at Ramberg. The tide is a global wave that connects the intimate and local to the celestial trajectory of the moon. The installation of a sounding canvas is proposed as a fixed point where these movements meet and get amplified. As an expanded interspecies organ, this canvas will be stretched throughout the tidal zone at the shore of Ramberg. It will function as a microphone membrane, an absorbent, a speaker, and a large sculptural space for conversation and interaction. 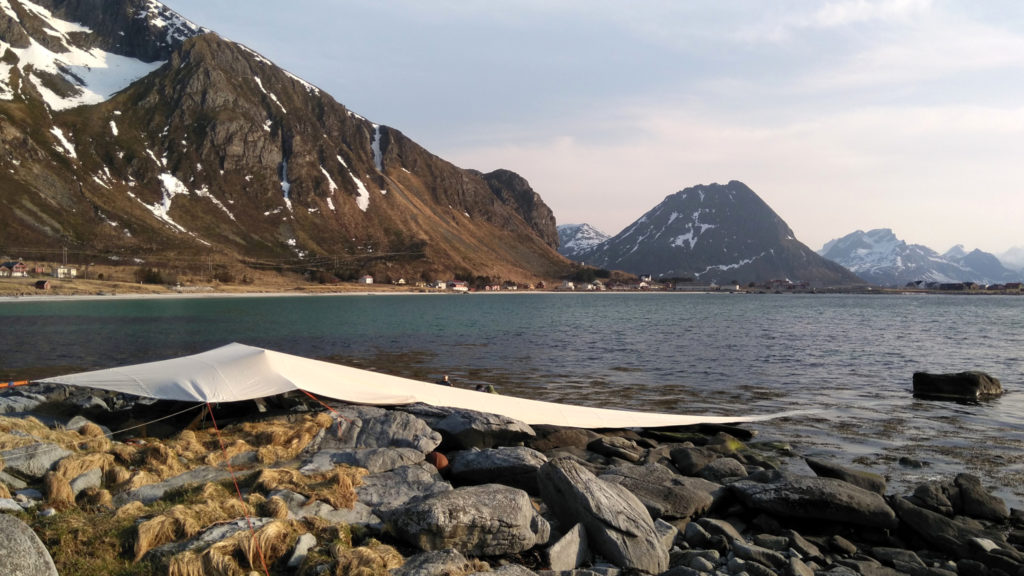 Signe Lidén’s work spans from sound installations, sculpture, video and performance to more documentary forms such as sound essays and archives. She is interested in how places and their histories resonate; in memory, through narratives and various materials, as ideological manifestations and political territories. Signe has her residency in Ramberg, Lofoten from March through May 2019..

The Tidal Sense podcast has been produced by Peter Meanwell, based on recorded conversations between Lidén and Grace Dillon, Arjen Mulder, Geir Olve Skeie and the 6th grade at Ramberg School.

The research process during the residency at Ramberg has opened up a series of questions, both through an ongoing experiential encounter with the structure and material of the canvas, and through its position within the intertidal zone. The questions, “How can the tidal make sense as a figure of long-term thinking?” and “What would constitute the tidal sense in itself?” were not only starting points for Signe’s residency, but they also formed the basis for a collection of recorded conversations with Grace Dillon (Indigenous Studies & Literature), Arjen Mulder (Biology and Media Theory), and Geir Olve Skeie (Neurology and Music), as well as talks with local visitors and the children from the school in Ramberg.

You can listen HERE.

The Tidal Sense is presented during the LIAF 2019 exhibition, August 30 to the September 29, and as part of the performative and discursive programme, Thinking Tide, Sensing Scale, as a communal listening event with live Q and A, on September 7 2019 in Lofoten.