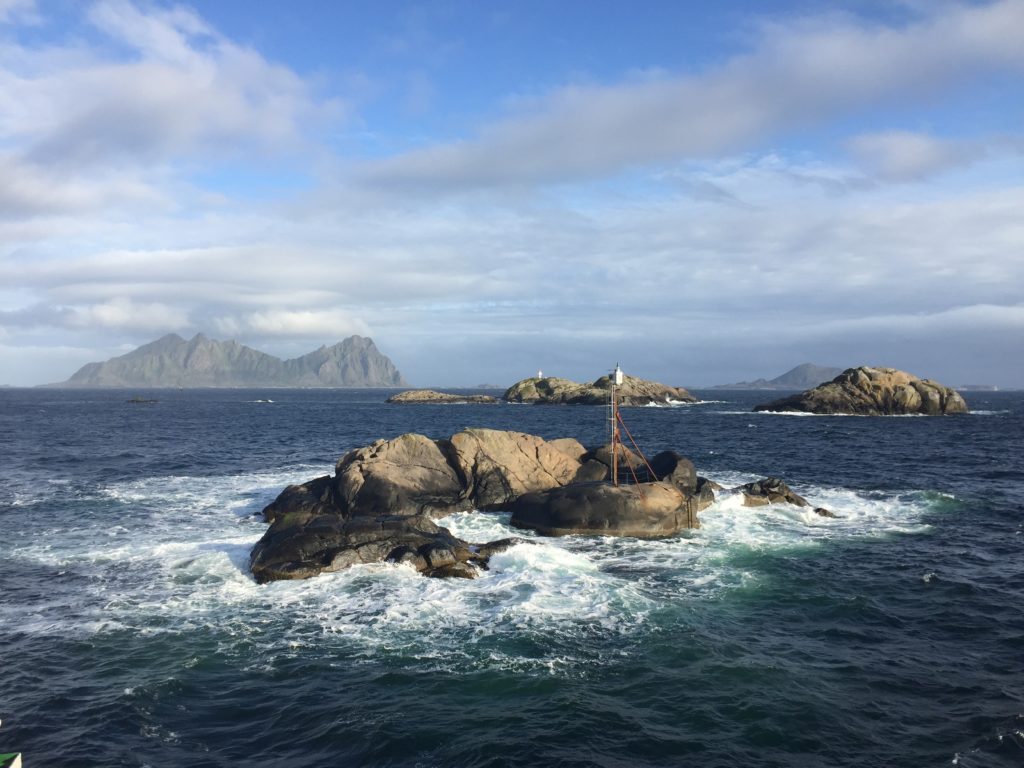 A group of small islands and an active fishing village located in the eastern part of the Lofoten archipelago, connected by to Svolvær by a 40 minutes ferry ride. Skrova has about 200 inhabitants. For decades it was a centre for cod fishery and whaling, with thousands working there during the season. Skrova is still a prosperous community, with the main industry being salmon farming.

Residency period March through May 2019.

The LIAF-2019 project continues the artists’ ongoing research and artistic interests in migratory movements. This migration refers to people or to other species, and how this movement is related to climate change, or to social and economic factors imposed by conflict, moments of financial crisis, or other external factors. Their definition is also inclusive of seasonality and temporary migration, such as the movements which occur with tourism.
As a starting point, the work focuses on the migratory patterns of the codfish, given its importance within the local fishing industry of Lofoten. João and Nuno focus on the social and economic movements resulting from the industry around codfish, namely catching, drying, processing, and exporting fish, using the connections to the equivalent Portuguese industries, culture, and identities to investigate the nomadic movements as well as movements from normative identities.

João Pedro Vale and Nuno Alexandre Ferreira live and work in Lisbon, where they have collaborated since 2004 on sculpture, photography, performance, exhibition and film projects. Themes in their work revolve around queer identities, construction of community, migration, and global capitalism. João Pedro Vale graduated in Sculpture from the Faculty of Fine Arts of the University of Lisbon, and studied at the Maumaus School. Nuno Alexandre Ferreira studied Sociology at Lisbon’s Universidade Nova.