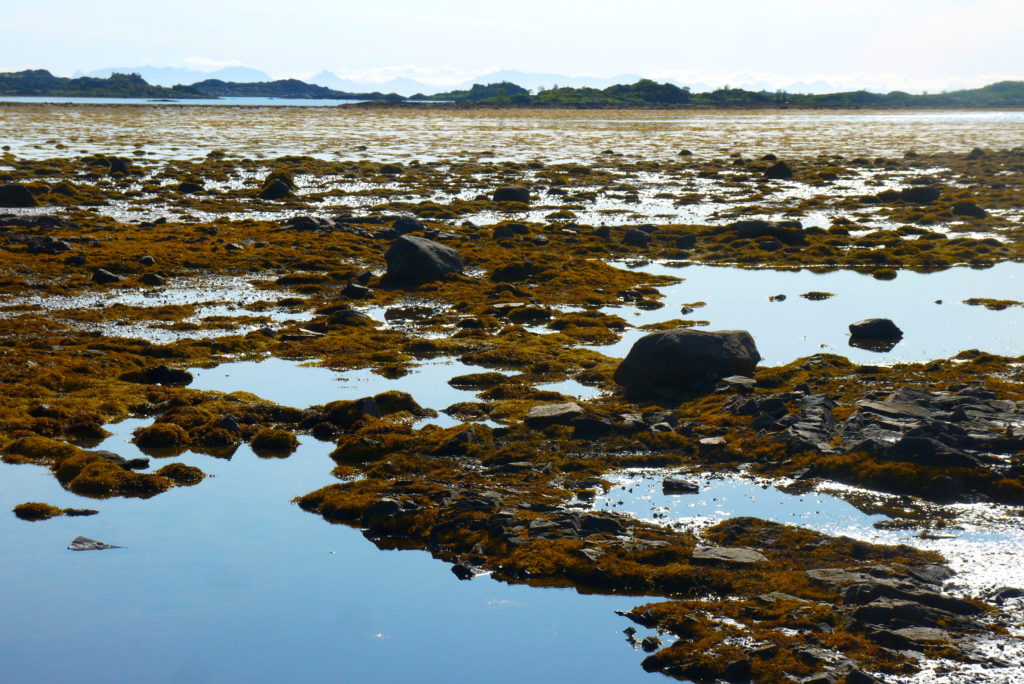 Valberg is a small community of about 100 inhabitants located on the island Vestvågøy. This village is on the south side, often referred to as “the inside” of the Lofoten archipelago, because it faces the mainland. Formerly an important place for both farming and fishery, the community is now marked by depopulation. The local school was shut down in 2011. Cultural activities and social gatherings are still being organized by the resident’s association. The landscape of Valberg is characterised by a particularly large intertidal zone.

Residency periods from October 2018 and during the spring of 2019.

“Shallow Water Blackout is the working title of Trygve Luktvasslimo’s upcoming film, conceived and shot within and around the intertidal zone of Valberg.

In freediving, a “shallow water blackout” occurs through hyperventilation, if you manage to override you brain into “thinking” there’s still oxygen in your lungs, when in fact you are drowning.

In his film, Luktvasslimo draws a parallel between this act of overriding the brain’s processes by looking at how a number of fictional characters pick and choose from climate facts, statistics, and calculations, each composing their individual world views. Basic truths are overridden throughout.

A cynical PR executive, a fish farm guest worker, a devout monk, a destructive cruise ship captain, a local wildlife entrepreneur, an environmentalist kayaker, an international opera diva, and a couple of very angry children are led through a number of events that ultimately lead to death by drowning for almost everybody.

Trygve Luktvasslimo is an artist and filmmaker who has been based in Lofoten since 2016. The last few years he has been exploring human communication and search for meaning in a language where the absurd unfolds within cinematic and theatrical conventions. A central element in his work, is the way he plays with these conventions to point at how we are being seduced by different messages and truths in contemporary media society. With his visually striking films, he grapples with existential questions, while mixing the sombre with parody.
Luktvasslimo holds an MFA in Visual Art from Malmö Art Academy (2006).