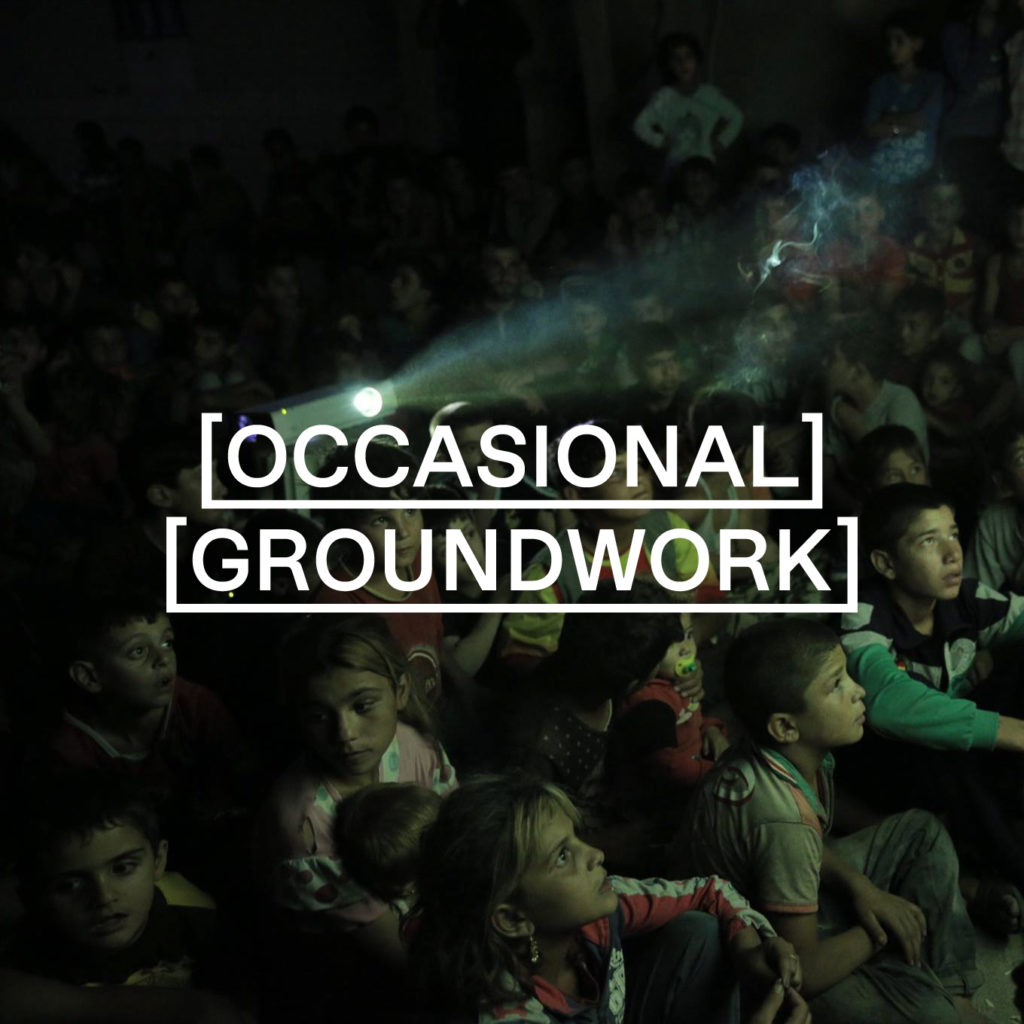 Occasional Groundwork is an alliance of three European biennials EVA (Ireland’s Biennial of Contemporary Art), GIBCA (Göteborg International Biennial for Contemporary Art, Sweden), and LIAF (Lofoten International Art Festival, Norway) that are each concerned with re-proposing the model of the international art biennial. Seeking a rooted infrastructure for the production and dissemination of contemporary art, Occasional Groundwork serves as a peer group for thinking-through the existing and speculative frameworks of organisational practice.

Composing the Near and the Far – Grégory Castéra

Groundings #2: Grégory Castéra, Composing the near and the far, April 2021

(PDF opens in a separate tab)

Intro by the author

Written following an invitation to share my work linked to the public(s) of art, this text continues my reflections on the transformation of cultural organisations and curatorial work by principles taken from political ecology. By building on the experience of different projects carried out over the last ten years, and of the effects of the COVID-19 pandemic on my practice, it explores how the far and the near can be in relation with each other and not in opposition, and lays out this proposition: with artistic means, the composition of publics beyond territorial and disciplinary borders can allow the renewal of political imagination.

Grégory Castéra is a curator, educator, and editor working in the field of contemporary art. His work reflects on the transformation of art practices and organisations through political ecology. In 2020-2022, he inquires about the application of symbiosis to cultural organisations, and commutes between Paris and Stockholm. Castéra is the co-founder and director of Council; guest professor of collective practices at The Royal Institute of Art, Stockholm (2020—); co-editor of T.A.N.J. (The Against Nature Journal) (along with Aimar Arriola and Giulia Tognon, 2020—); and infrastructure and project advisor for the Kerenidis Pepe Collection in Paris and Anafi. Before this, he served as coordinator of Bétonsalon (2007-2009), co-director of Les Laboratoires d’Aubervilliers (along with Alice Chauchat and Nataša Petrešin- Bachelez, 2010-2012), and member of the collective The Encyclopedia of Spoken Words (2007-2014). Recent curatorial projects include the exhibition Shoreline Movements (along with Erika Balsom, Taipei Biennial, 2020-2021), the forum Collectively (along with Raimundas Malašauskas, Claire Tancons and Kathryn Weir, Iaspis, Stockholm, 2019), the exhibition Infinite Ear (Bergen Assembly, 2016, Garage Museum for Contemporary Art, Moscow, 2018, CentroCentro, Madrid, 2019-2020) and the network AFIELD (2014—).

Groundings is a series of texts by writers, artists, curators, and academics, commissioned by the Occasional Groundwork network. The texts explore themes of internationalism, sustainability, audience, and infrastructure within the context of the contemporary art biennial and the shift in conditions imposed by the ongoing pandemic.